Beware LinkedIn & Other Social Media Use As Potential Breach Of Non-Compete Or Non-Solicitation Agreement.

Published by Eric A. Welter and Megan M. Carboni on November 6, 2017

Could a simple LinkedIn invitation to connect breach a non-competition or non-solicitation agreement? How easy is it to breach such an agreement in the age of social media? When it comes to breaching non-competes, it’s all about substance over form. 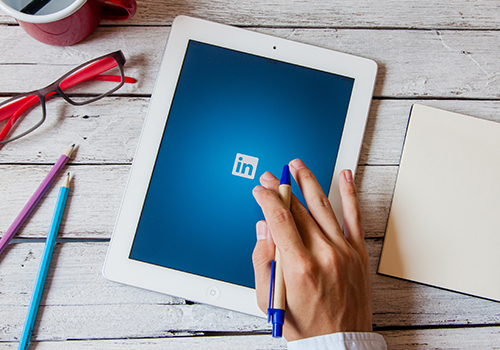 One primary purpose of having employees sign a non-competition or non-solicitation agreement is to protect company assets after the employment relationship ends. Over time, a company works to build its inventory of trade secrets, effective business practices, client lists, and a team of good employees, among other valuable aspects of the business. During the employment relationship, an employee has access to all of these assets by virtue of being gainfully employed. When the employment relationship ends, the company runs the risk that a former employee may use those same assets to compete against the interests of his former employer. Accordingly, upon hire, an employer often requires certain employees to sign a non-competition agreement in exchange for training and employment. Although the exact terms of these agreements may vary, whether a former employee has breached one or more of those terms is frequently disputed. Adding another layer of confusion and conflict, a former employee could potentially trigger a breach of the agreement by simply posting the wrong thing on social media. Two recent cases from Illinois and Minnesota are a good reminder for both employers and employees alike of problematic social media activity post-employment separation. Specifically, these cases addressed the question of whether LinkedIn communications or postings can violate non-solicitation or non-competition contract provisions.

In Mobile Mini, Inc. v. Citi-Cargo & Storage Co., Inc., however, a Minnesota federal court granted a temporary injunction to the plaintiff employer, stating that the defendant former employee had likely breached her non-solicitation agreement and that the risk of irreparable harm supported a preliminary injunction for allowing the employee to work for a competitor. In this case, Mobile Mini, Inc. hired the defendant as a sales representative in 2013 and entered into a non-competition and non-solicitation agreement with her. In late 2016, the defendant resigned her position with Mobile Mini, and approximately six month later updated her LinkedIn account with the following post:

I’m excited to have joined the Citi-Cargo Sales Team! We lease and sell clean, safe, and solid storage containers and offices. We are locally owned and operated, with local live voice answer. We offer same day delivery to the Metro, and have consistent rental rates with true monthly billing. Give me a call today for a quote.

Call me today for a storage container quote from the cleanest, newest, safest and best container fleet in the State of Minnesota. Let’s connect!

Both posts were visible to defendant’s over 500 LinkedIn connections, which included several of Mobile Mini’s customers, customer representatives, and Mobile Mini employees, each of whom may have a received an email notification about the posts.

In ruling on the preliminary injunction sought by Mobile Mini, the court considered the following factors: (1) the likelihood of Mobile Mini’s success on the merits regarding its breach of contract claim; (2) the threat of irreparable harm to Mobile Mini’s business; (3) the balance between the harm to Mobile Mini’s business and the harm that would be inflicted on the defendant is the injunction were granted; and (4) the public interest. In granting the preliminary injunction, the court stated “[i]nstead of merely announcing a job change, the language of the posts here demonstrates that [the defendant’s] purpose was to entice members of [her] network to call her for the purpose of making sales in her new position [with the competitor].”

In comparing the two cases, both courts concentrated on the substance of the disputed LinkedIn posts over form. In Bankers, the court concluded that even though the post reached hundreds of people on LinkedIn, nothing in the defendant’s post was intended to induce or solicit business away from his former employer. Conversely, in Mobile Mini, the court looked directly to the language and substance of the defendant’s posts, which equally reached hundreds of LinkedIn connections, and found clear motivation to induce the former employer’s business to its competitor.

There are a couple of takeaways from Bankers and Mobile Mini: