Employers in many industries including technology and media may face unforeseen risks when classifying exempt employees under the Fair Labor Standards Act. 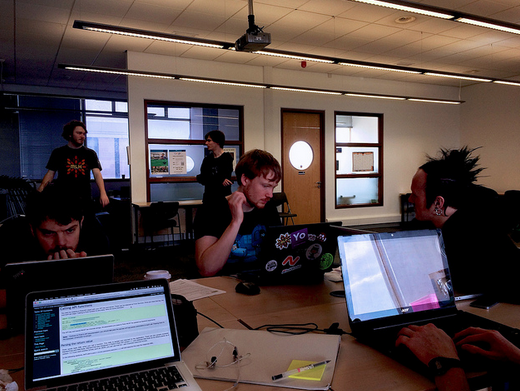 The class action, made up of 499 individuals, sought six years of unpaid overtime at the rate of time-and-a-half, plus liquidated damages under the FLSA and New York law. The parties signed a settlement agreement on April 1, 2016, giving each individual plaintiff approximately $6,412.

Owned by Michael Bloomberg, the eighth-richest man in the world and former Mayor of New York City, Bloomberg L.P. is a software and media company that, among other things, sells data terminals used across the financial industry. Bloomberg is known for its competitive, highly demanding work culture. According to some accounts, employees can monitor when their co-workers enter and exit the building, whether they are active at their own terminal, and when or if they are logged in on a mobile device. Customer service employees’ calls are all recorded and listened to, their keystrokes are recorded, their messages are timed and read, and their missed calls are recorded and noted.

Bloomberg is no stranger to suits from its employees seeking overtime. Getman Sweeney, the law firm representing the plaintiffs, has two other ongoing suits against the company, one by analytics department representatives and one by customer support representatives. In March 2014, Bloomberg settled a similar suit by 428 tech support workers for $5.4 million.

The FLSA requires employers to pay eligible salaried employees time-and-a-half for hours worked beyond 40 hours per week, and for work on weekends and holidays. New York law mimics the FLSA’s requirements. Certain tech employees are exempted from the overtime requirement, including computer systems analysts, computer programmers, software engineers and other skilled workers who make more than $27.63 an hour.

Employers should take active steps to comply with the FLSA. This includes thoroughly investigating employee classifications and exemptions. While certain skilled workers such as computer systems analysts, computer programmers, software engineers who make more than $27.63 an hour may be exempt, others may not be. Employers should adopt systems to accurately track and record employee hours, meal and rest periods, and holiday shifts to ensure they will not be liable for unpaid “off-the-clock” overtime hours down the road.