Published by Eric A. Welter and Brad W. Goldstein on November 13, 2019

Starting in 2020, California employers can no longer require employees to arbitrate claims as a condition of accepting a job or continuing employment. 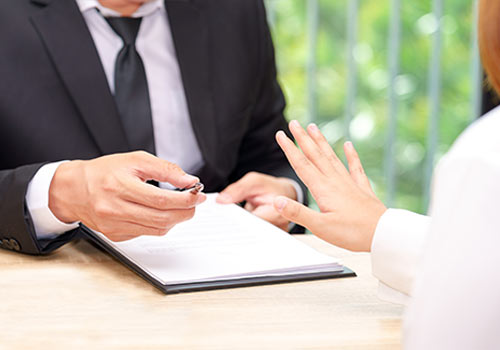 On October 10, 2019, California Governor Gavin Newsom signed Assembly Bill 51, which outlaws mandatory workplace arbitrations in employment agreements. The law prohibits employers from requiring job applicants and employees to waive rights, forum, or procedures established by the California Fair Employment and Housing Act and the Labor Code. Employers may not revoke a job offer or retaliate against an employee who objects to signing an arbitration agreement. Even with the governor’s signature, however, AB 51 is likely to encounter significant litigation and may be limited or invalidated in the future.

The new law will apply to employment agreements entered into or modified after January 1, 2020. The law does not apply to post-dispute settlement agreements or negotiated severance agreements.

A similar bill, Assembly Bill 3080, was pushed by the California legislature last year but was vetoed by former Governor Jerry Brown who expressed concerns that the bill violated federal law. In an attempt to circumvent the federal preemption issues, the legislature drafted Assembly Bill 51 to expressly state that any arbitration agreement that is enforceable under the Federal Arbitration Act (FAA) is enforceable under the California law. Despite this language, it is likely this law will be challenged as preempted by the FAA. This lack of clarity as to the constitutionality of Assembly Bill 51 will likely lead to murky waters for employers throughout 2020. Nevertheless, violation of this law constitutes a misdemeanor so employers should proceed with caution.

Employers should be aware that, after January 2020, mandatory arbitration clauses could potentially be invalid and carry substantial consequences, if found unlawful. One option may be to modify arbitration agreements to include either “opt-in” or “opt-out” clauses, but such an approach may still not be permissible under certain interpretations of the statute. Employers are advised to seek experienced legal counsel regarding mandatory arbitration clauses in employment agreements in the upcoming year.