In a landmark decision, the California Supreme Court adopted a new test that assumes workers are employees for purposes of claims under the Industrial Welfare Commission Wage Orders, unless the entity can show that the worker is free from its control, performs work outside the usual course of the entity’s business, and is customarily engaged in an independently established occupation. 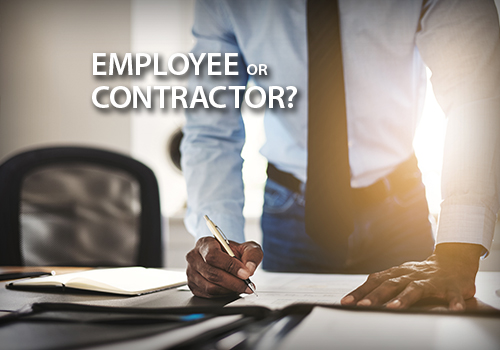 The California Supreme Court in Dynamex Operations West, Inc. v. Superior Court (No. S222732) considered the proper standard to apply when determining whether a worker should be classified as an employee or independent contractor for purposes of a claim under the Industrial Welfare Commission (“IWC”) Wage Order. Defendant Dynamex, a nationwide package and document delivery company, had adopted a new contractual arrangement in 2004 where drivers would be considered independent contractors rather than employees.

At the trial court level, Dynamex argued that in most instances, including in the Wage Order context, the multi-factor standard set out in S. G. Borello & Sons, Inc. v. Department of Industrial Relations, 48 Cal.3d 341 (1989) (Borello) should apply to determine whether workers should be classified as employees or independent contractors. The trial court rejected this argument and instead applied the definitions of “employ” from the Martinez v. Combs, 49 Cal.4th 35, 64 (2010) (Martinez) case, in which the California Supreme Court analyzed whether an entity was the plaintiff’s joint employer. The Court in Martinez held that employ under the Wage Order had three alternative definitions: (a) to exercise control over the wages, hours, or working conditions, or (b) to suffer or permit to work, or (c) to engage, thereby creating a common law employment relationship.

After the trial court certified a class of workers and denied Dynamex’s motion to decertify the class, Dynamex appealed the trial court’s reliance on two of the alternative definitions of “employ” from Martinez—-the exercise control over wages hours or working conditions standard and the suffer or permit to work standard—-arguing that those definitions were limited to the joint employer context. Dynamex then filed a petition for review of the Court of Appeal’s conclusion that the definitions of “employ” and “employer” from Martinez apply to claims brought under the Wage Orders.

In its opinion, the California Supreme Court provided a lengthy overview of prior cases that had analyzed the employer employee relationship, including Borello and Martinez. Ultimately, the Court adapted the so-called “ABC test” to determine whether a worker should be classified as an independent contractor under the “suffer or permit to work” prong of the definition of employee under the Wage Orders. Under this test, all workers are presumed to be employees, unless the hiring entity establishes: (a) that the worker is free from the control and direction of the hiring entity in connection with the performance of the work, both under the contract for the performance of the work and in fact, (b) that the worker performs work that is outside the usual course of the hiring entity’s business, and (c) that the worker is customarily engaged in an independently established trade, occupation, or business. An employer must meet each of these requirements to establish that the worker is an independent contractor.

In support of its adaption of the ABC test, the Court concluded that such a test was consistent with the history and purpose of the Wage Orders and will provide greater clarity and consistency and less opportunity for companies to circumvent the law. In applying the ABC test to Dynamex’s worker arrangement, the Court held that there was a sufficient commonality of interest to support class certification with regard to whether the work provided by potential class members was within the usual course of the hiring entity’s business and whether the potential class members customarily engaged in an independently established trade, occupation, or business.

Companies in California utilizing workers classified as independent contractors should review their business model in light of the new test articulated by the Supreme Court, which makes it more difficult for companies to prove a worker is an independent contractor. Failing to do so could open up companies to significant exposure for unpaid wages, penalties, and attorneys’ fees for claims under California’s IWC Wage Orders.