California’s highest state court held that the FLSA de minimis doctrine does not apply under state law, which would have excused employers from paying workers for small amounts of time that are difficult to record. 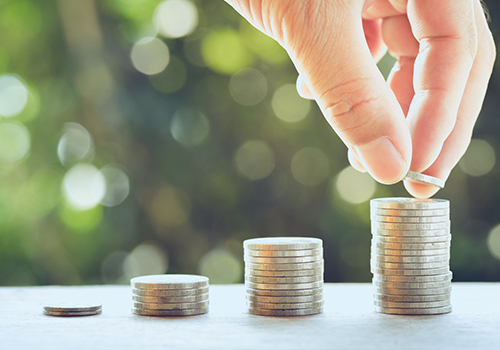 Prompted by a request from the Ninth Circuit, the California Supreme Court issued a recent opinion in Troester v. Starbuck Co. assessing whether the federal FLSA’s de minimis doctrine, outlined in Anderson v. Mt. Clemens Pottery Co. and Lindow v. United States applies to unpaid wage claims under California law, and if not, whether a version of the doctrine still applied to wage and hour claims as a matter of state law. The FLSA’s de minimis doctrine derives from the maxim de minimis non curat lex, meaning “the law does not concern itself with trifles.” This doctrine has been applied in federal courts to excuse employers from paying wages for small increments of otherwise compensable time, if the employer can show that the time is administratively difficult to record.

The named plaintiff in the putative class action alleged that after clocking out, non-managerial Starbucks employees were required to transmit daily sales and inventory data, engage the security system, secure outside patio furniture and accompany co-workers to their cars in accordance with company policy. These closing tasks comprised an additional four to 10 minutes per shift. After Troester’s seventeen-month period of employment with Starbucks, Troester alleged the company owed 12 hours and 50 minutes of unpaid time, totally roughly $100.

The California Supreme Court ultimately concluded that “no indication in the text or history of the relevant statute and Industrial Welfare Commission (IWC) wage orders” require an adoption of the doctrine, and secondly, that the applicable wage order and statutes do not authorize application of the de minimis doctrine to the set of facts provided by the Ninth Circuit, where Starbucks required employees to work for several minutes per shift after clocking out. The Court stated that “an employer that requires its employees to work minutes off the clock on a regular basis or as a regular feature of the job may not evade the obligation to compensate the employee for that time by invoking the de minimis doctrine.”

The Court also noted that the amount owed to Troester could cover a utility bill, groceries, or other necessities, which would not be considered de minimis to hourly employees. The Court declined to analyze what circumstances would be considered “so minute or irregular” to be unreasonable for an employer to expect an employee to record such time. The concurring justices did indicate that certain circumstances likely exist where requiring an employer to “accurately account for every second spent on work tasks” would be unreasonable, including employee time spent logging on and off devices, or receiving work schedules by e-mail or text message when an employee is off duty. Based on the Court’s interpretation of the California Labor Code, workers must generally be paid for any time they are required to be on their employer’s premises.

The California Supreme Court’s ruling will have a substantial effect on employers in a state that is home to 10 percent of the country’s workforce. The Court’s decision not to apply the de minimis doctrine could also result in increased costs for California employers with high numbers of hourly employees in the retail and service industries. The case will now be return before the Ninth Circuit, who must apply the California Supreme Court’s ruling, as it establishes the laws of the State.

In light of the decision, California employers should take measures to accurately monitor and record employee time and compensate employees for all hours worked. The Court described several alternatives for employers to track small amounts of regularly occurring work time, including requiring all duties to be performed before the employee clocks out, mobile time tracking technology, and implementing fair rounding policies. Failure to comply with the protective regulations of the California Labor Code could result in legal and financial liability.