As more states legalize medical and recreational marijuana, courts continue to struggle with the issue of how medical marijuana–which is still illegal under federal law–should be treated under federal employment laws, such as the Family and Medical Leave Act (FMLA), Americans with Disabilities Act (ADA). 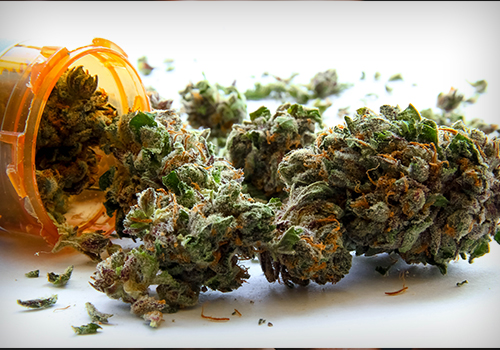 A district court in Pennsylvania, where marijuana use for medical purposes is now legal, recently waded into this debate. The plaintiff employee in Parrotta v. Peco Energy Company worked as an engineer and was diagnosed with a second plantar plate tear in his left foot. He took several weeks of FMLA leave to undergo surgery for the tear in November 2016, and for recovery following the surgery. The plaintiff’s doctor released him to work to “limited duty” on December 5, 2016, with the restrictions of limited walking, no stairs or ladders, and use of a boot and possibly crutches. On March 7, 2017, the plaintiff’s doctor wrote that he had cleared him for full duty on January 10, 2017. The doctor did not prescribe any medications as part of Plaintiff’s treatment plan. Accordingly, Plaintiff’s employer, PECO, said that Plaintiff could resume his regular job duties.

Plaintiff was then randomly selected for drug testing and tested positive for marijuana. Rather than being terminated, Plaintiff was enrolled in the Employee Assistance Program, which assists with drug and alcohol-related issues. PECO then required Plaintiff to take FMLA leave to attend the Employee Assistance Program. The plaintiff returned to work after completing the program, and participated in a fact-finding hearing in which Plaintiff alleged he took marijuana to control his pain from foot surgery. Following this hearing, Plaintiff was terminated. Plaintiff sued PECO asserting numerous claims, including disability discrimination and retaliation under the ADA, FMLA, and state law.

The district court granted summary judgment for PECO on the plaintiff’s disability discrimination claims and agreed that Plaintiff was not disabled for his foot pain as he merely had a temporary, short-term medical condition that was resolved through surgery (and presented no medial evidence to the contrary). The court also held PECO had presented a legitimate, non discriminatory reason for the plaintiff’s termination—his positive drug test—and that any evidence that other non disabled employees were terminated quicker than Plaintiff did not establish pretext (and in fact, probably showed that PECO treated Plaintiff more favorably than the other employees). Plaintiff also failed to establish a claim for retaliation for requesting disability leave and light work duty for similar reasons.

This case is an important reminder to employers to consider potential legal ramifications when making personnel decisions in response to an employee testing positive for marijuana, especially in jurisdictions where medical marijuana use is legal. The court in this case, however, also recognized the employer’s interest in being able to maintain a drug-free work environment and enforce its drug-related policies, even where medical marijuana use is legal.