Courts Weigh In On The Gig Economy

Two recent federal cases addressed the issue of whether a worker in the “gig economy” is an employee under wage and hour statutes. 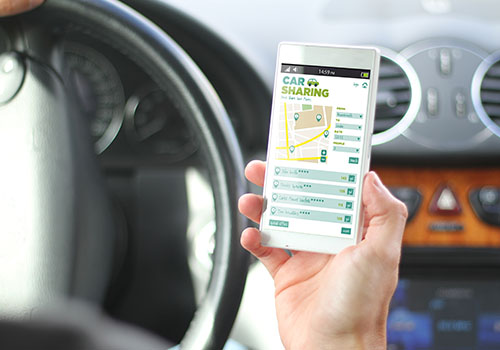 The “gig economy” is made up of workers who usually work part-time or flexible schedules and contract with companies to perform a single task on demand, often through an app. Uber, Lyft and TaskRabbit are examples of companies that rely on the gig economy. The rise of this novel type of business model, however, has generated a number of legal issues, especially since many of the laws relating to workers—-like the Fair Labor Standards Act (FLSA)—-were passed long before the arrival of the gig economy.

In April, a Pennsylvania district court in the case Razak v. Uber Technologies, granted Uber’s summary judgment motion after analyzing whether UberBLACK drivers were employees or independent contractors under the FLSA and Pennsylvania wage and hour laws. Plaintiffs were certified limousine drivers who provided limousine services to consumers through UberBLACK, part of the Uber app that provides on-demand car services to the public. Some drivers operated under the black car certificate held by an Uber subsidiary in Pennsylvania, which also provided auto insurance to the drivers.

The court provided an overview of how the UberBLACK app works. A driver chooses when to log into the app to be eligible to provide rides. Once a user requests a ride on the app, the closest driver may accept the request within 15 seconds, or it will get passed on to the next driver. If a driver does not accept three consecutive ride requests, he will be moved “offline” in an attempt to provide faster service to riders. The driver, however, can go back online at any time. Uber logs off drivers for 6 hours after they’ve provided 12 hours of services and can deactivate drivers who accept trips without intending to complete them.

Drivers may decide where to go to offer rides (except for the train station and airport, which have “queue” systems). Drivers could engage in personal activities while “online” or drive for other companies, including their own, at any time. Uber entered written agreements with plaintiffs’ transportation companies, which explicitly laid out the limitations on Uber’s control. Uber sets the financial terms, and the money goes into the transportation companies account (with a commission taken out).

The court applied the following factors from Third Circuit Court of Appeals precedent to determine whether each weighed in favor of employee or independent contractor status: (1) the degree of the alleged employer’s right to control the manner in which the work is to be performed; (2) the alleged employee’s opportunity for profit or loss depending upon his managerial skill; (3) the alleged employee’s investment in equipment or materials required for his task, or his employment of helpers; (4) whether the service rendered requires a special skill; (5) the degree of permanence of the working relationship; and (6) whether the service rendered is an integral part of the alleged employer’s business. The court found that only two factors—-the special skills and integrality of service factors—-weighed in favor of finding that plaintiffs were employees and therefore, ultimately held plaintiffs were independent contractors.

Following a bench trial in another recent case, Lawson v. GrubHub, a California district court issued a decision in February that the plaintiff, a restaurant delivery driver who worked for GrubHub, was an independent contractor and therefore could not prevail on his claims under the California Labor Code. This case, however, is most likely no longer good law as it applied the Borello test, which the California Supreme Court held was not the proper applicable standard for the employee-independent contractor determination in a decision issued in April. (See our blog post here for more information regarding the Dynamex decision.) In fact, the plaintiff in Lawson has requested in an appellate court that the case be remanded for further consideration in light of Dynamex.

Litigation surrounding the gig economy, including whether should be considered employees or independent contractors, will most likely continue, absent any changes in the laws that specifically address these novel types of work arrangements. The issue is further complicated by the fact that many states have their own wage and hour laws and apply different tests to determine how a worker should be classified under these laws. Employers who use independent contractors, especially those who utilize a gig economy-type business model, should review their business model and the applicable standards in their jurisdictions.