Proposed Legal Workforce Act would require E-Verify use by all U.S. employers. 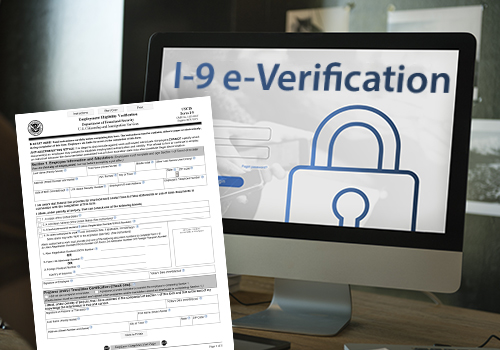 On September 8, 2017, U.S. Congressman Lamar Smith of Texas introduced the “Legal Workforce Act,” H.R. 3711. The proposed Legal Workforce Act would require all U.S. employers to use an employment eligibility verification system patterned after the E-Verify system, operated by U.S. Citizenship and Immigration Services (“USCIS”), to confirm the work eligibility of all new hires. The proposed legislation would effectively outlaw any U.S. business from hiring illegal immigrants.

E-Verify is an Internet-based system that compares information from an employee’s Form I-9 to data from U.S. Department of Homeland Security and Social Security Administration records to confirm employment eligibility. In 1996, Congressman Smith, along with other members of the House of Representatives Judiciary Committee, introduced the bill that piloted the E-Verify system. Under current federal regulation, the use of the E-Verify system is completely voluntary except for federal contractor or subcontractor employers, as the federal government has a policy of only doing business with contractors employing a legal workforce, with few exceptions. Currently, over 700,000 employers use the E-Verify system to confirm employee workforce eligibility. According to the USCIS operated website, the E-Verify service has high user satisfaction and is completely free to enrolled users.

Under the Legal Workforce Act, the following major changes are proposed:

While use of E-Verify would remain free under the Legal Workforce Act, the cost of changing or updating systems regarding hiring and I-9 information would be borne by employers, and the cost of E-Verify operations would be borne by taxpayers. Since introduction, the American Civil Liberties Union has opposed the proposed Act because the program “threatens privacy and security, opens the door to employer discrimination and abuse, and is riddled with errors that could delay individuals’ ability to work.” To date, the House Judiciary Committee has approved the bill; it has yet to be voted on by the House of Representatives.

The proposed Legal Workforce Act does not yet alter current U.S. employer obligations. Unless the employer holds a qualifying contract or subcontract with the federal government, use of the E-Verify system is still completely voluntary under federal law. Employers should, however, continue to monitor the proposed bill in order to plan and mandate new policies accordingly.

Employers should seek counsel if unsure of compliance under state laws.