Published by Eric A. Welter and Brad W. Goldstein on September 20, 2019

The U.S. Court of Appeals for the Eighth Circuit holds accusations of racism against a plaintiff in the workplace cannot form a race discrimination claim or retaliation claim. 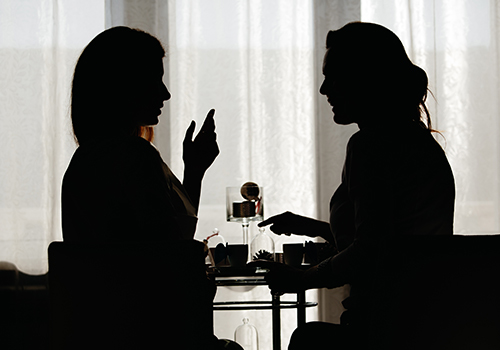 Allegations of racism are not the same as racism when it comes to race discrimination claims in the workplace. In Lovelace v. Washington University School of Medicine, et al., Lovelace was a Medical Assistant (MA) for the defendants for approximately 12 years. Lovelace alleged that she was terminated in retaliation for exercising her rights under the Family Medical Leave Act and was discriminated against on the basis of her race (white) in violation of the Missouri Human Rights Act. The Eastern District of Missouri granted summary judgment in favor of the defendants and Lovelace appealed to the Eight Circuit.

In 2015, Lovelace took a FMLA leave for back surgery. Around that time, Lovelace was floating around to different teams, working with various doctors, such as Dr. Adkins. Dr. Adkin’s team had recently hired another MA named Angela Butcher, who was African American. In July 2015, during performance discussions between Lovelace, Human Resources, and her supervisor, Lovelace made a comment that Butcher allegedly said she did not like working with white people. Later that month, Lovelace and her supervisors had a follow-up discussion regarding the performance issues from which Lovelace was suffering. They also inquired further about the comment she made about Butcher. Lovelace had admitted in her deposition, however, that no one ever called her racist and no negative comments were made about her race or ethnicity in the workplace. Nevertheless, she alleged that she was discriminated against on the basis of race by allegedly being labeled a racist in the workplace.

Lovelace then complained to HR that her supervisors had labeled her a racist, at least in part, as retaliation for taking FMLA leave. HR conducted an investigation and determined that there had been no retaliation. After that, HR began checking on Lovelace during the day to see if she was at her workstation, and certain confrontations allegedly arose, which caused HR to recommend she be put on administrative leave. A few days later, Lovelace’s supervisors and HR recommended Lovelace’s termination and she was terminated the next day. Lovelace alleged that she was targeted for retaliation for making complaints about racial and disability discrimination.

The district court granted summary judgment for the defendants on the basis that she had failed to meet her prima facie burden of showing a causal connection between her FMLA leave and her termination and failed to establish a genuine issue of material fact demonstrating retaliation based on a complaint of racial discrimination or disability discrimination.

On appeal, Lovelace argued that the district court erred in holding that her retaliation claim failed by determining that her underlying claim of race discrimination failed. The Eight Circuit clarified the district court’s analysis, stating that the MHRA does not require a successful discrimination claim, but the employee must have a reasonable good faith belief in the grounds of the discrimination complaint. The Eight Circuit explained that, by complaining that she was retaliated against for making a complaint about Butcher (and subsequently being allegedly labeled a racist), she was confusing “accusations of racist behavior” with “racist behavior.” The MHRA evaluates whether an employer’s conduct constituted discrimination against an employee because of the color of the plaintiff’s skin—not plaintiff’s beliefs about issues relating to race. Thus, according to the Eight Circuit, false accusations of racism in the workplace cannot form a reasonable basis of a MHRA race discrimination, thus, Lovelace’s retaliation claims failed.

When complaints of discrimination arise, employers should respond quickly and take measures to investigate the situation, whether it be initiating an HR investigation or by engaging outside employment counsel. Employers should also take care to ensure the complaining employee is not retaliated against for making a complaint, and that the employers’ anti-harassment, discrimination, and retaliation policies are drafted in policy documents and followed in practice. If an employer determines a complaint is credible after a reasonable investigation, the employer should take appropriate personnel action, which may include discipline or termination of the offending employee. While every situation is different, employers armed with knowledge regarding what constitutes discriminatory behavior or legitimate complaints of discrimination by their employees will be in a better position to make important personnel decisions and comply with federal, state, and local civil rights laws.