Home > News & Insights > Insights > If an Employer Fires an Employee It Believes Falsified a Report of Sexual Harassment, Is the Employer Liable for Retaliation?

If an Employer Fires an Employee It Believes Falsified a Report of Sexual Harassment, Is the Employer Liable for Retaliation?

The Fourth Circuit recently held that an employer is not liable for Title VII retaliation even though it terminated an employee for supposedly lying about the sexual harassment of two other employees. 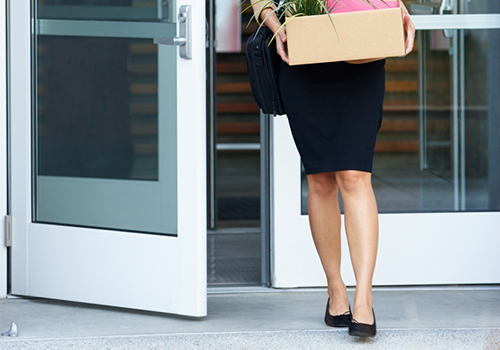 The Fourth Circuit recently held that an employer is not liable for Title VII retaliation even though it terminated an employee for supposedly lying about the sexual harassment of two other employees.

Villa v. CavaMezze Grill, LLC is a useful case for employers worried about terminated employees filing retaliation claims within the states in the Fourth Circuit (VA, MD, NC, SC, WV). No. 15 2543 (4th Cir. 2017). The Fourth Circuit’s opinion narrowly draws what may be considered protected activity under Title VII and strictly applies the “but-for” causation standard in Villa. At issue in this case was whether the termination of an employee who was thought to have lied about a report of sexual harassment of others was a violation under Title VII.

Plaintiff subsequently filed suit in the United States District Court for the Eastern District of Virginia. The District Court entered summary judgment for the Company, finding that Plaintiff “failed to create a genuine factual dispute concerning whether [the Company’s] desire to retaliate against [Plaintiff] was the but-for cause of her termination.” The District Court concluded that “the fact that [Plaintiff]…actually had not fabricated her conversation with [the line employee] could not be a basis for Title VII liability, nor could any lack of thoroughness by [the Company] in investigating [Plaintiff’s] misconduct.”

Title VII makes it illegal for an employer to discriminate against any of its employees because the employee has opposed any practice made an unlawful employment practice under Title VII, or because he has made a charge, testified, assisted, or participated in any manner in an investigation, proceeding or hearing under Title VII. 42 U.S.C. § 2000e-3(a). Retaliation claims under Title VII require proof that the desire to retaliate was the “but-for” cause of the adverse employment action, thus a plaintiff must show that that the adverse employment action would not have occurred but for the retaliatory animus. A finding of retaliation, however, will only result where the opposed conduct was one enumerated under Title VII: race, color, national origin, religion, and sex.

In affirming the District Court’s opinion, the Fourth Circuit held that where an employer’s desire to retaliate is not the “but-for” cause of the challenged adverse employment action, the employer may not be held liable for Title VII retaliation. The Court noted that its role is not to “decide whether the reason [to terminate] was wise, fair, or even correct,” so long as the articulated reason for termination is not one prohibited under Title VII. The Court did not discuss what the meaning of “fair” or “wise” meant, for those terms are not the basis of a legal claim or its conclusion based on the facts of a case. While opposition to practices of sexual harassment is covered by Title VII, it was not Plaintiff’s opposition that the Company based its decision to terminate her employment. Rather, the Company’s decision to terminate Plaintiff was based on the belief that she had lied about claims of sexual harassment. Thus, while the Director’s conclusion that Plaintiff was lying was a mistake of fact, his decision to terminate her based on that conclusion did not run afoul of Title VII’s opposition clause. Plaintiff failed to show that the Company terminated her for any other reason other than its belief that she lied.

“If [Plaintiff] was fired for misconduct she did not actually engage in, that is unfortunate, but a good-faith factual mistake is not the stuff of which Title VII violations are made.” While this is a favorable standard for employers embroiled in retaliation litigation, this case is not blanket permission for employers to terminate employees that file questionable complaints. Rather, such an instance is an opportunity to implement carefully drafted workplace investigation policies with a reasonable certainty that an employee challenge will be upheld by the Fourth Circuit.