Court rules that Philadelphia employers can still ask prospective employees about wage history, but they are prohibited from relying on wage history to make actual wage determinations. 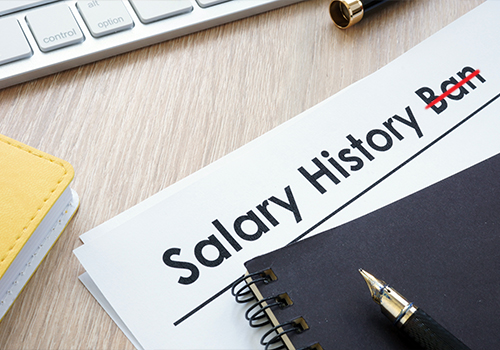 Since being signed into law in January 2017, Philadelphia’s Ordinance 16408 (“Ordinance”) has drawn opposition from Philadelphia’s Chamber of Commerce and its members, who filed suit in the U.S. District Court for the Eastern District of Pennsylvania on April 6, 2017, to enjoin the City from enforcing the Ordinance. The City responded, arguing that the Chamber lacked standing to bring suit because it failed to identify any business that would be harmed by enforcement of the Ordinance. On June 13, 2017, after being dismissed with leave to amend, the Chamber filed an amended complaint and refiled its motion for preliminary injunction, arguing that the Ordinance violates the First Amendment rights of employers. Although scheduled to take effect May 23, 2017, enforcement of the Ordinance was stayed until resolution of the Chambers’ motion for preliminary injunction. On April 30, 2017, after oral argument, the Court issued its opinion in The Chamber of Commerce for Greater Philadelphia v. City of Philadelphia, holding that a portion of the Ordinance violates the First Amendment’s free speech clause. No. 17-1548, slip op. (E.D. Pa. Apr. 30, 2018) (order granting in part and denying in part the motion for preliminary injunction).

Section 9-1131(2)(a) of the Ordinance prohibits employers from (i) inquiring about a prospective employee’s prior wage and (ii) from relying on an employee’s prior wage to set compensation unless the applicant knowingly and willingly discloses the information. In reaching its decision, the Court acknowledged the City’s laudable efforts in passing the Ordinance, however, the Court ultimately held that the first provision that prohibits employers from inquiring about a prospective employee’s wage history violates the First Amendment. Conversely, the Court found that speech was not implicated in the second provision, and therefore, the Chambers’ motion to enjoin enforcement of that portion of the Ordinance was denied.

In finding that the first provision violates the First Amendment, the Court stated that the provision clearly targets speech because it restricts any inquiry as to prospective employee’s wage history. Although the parties argued over whether the speech at issue was private speech or commercial speech, the Court ultimately determined that restricted speech was commercial speech. This finding weighed in the City’s favor, as the City’s burden of proving the constitutionality of the Ordinance is less under a commercial speech analysis. While the City’s burden was lower (“intermediate scrutiny”), the City ultimately failed to meet this burden because it failed to show how the Ordinance advanced the City’s interest in wage equality. In stating that the City failed to meet its burden, the Court concluded that the Ordinance fails for lack of sufficient evidence to show that the law directly advances its stated purpose.

For Philadelphia employers, this decision is good news, as it allows them to continue to make inquiries as to prospective employees’ wage histories. The rub, however, is that these employers may not rely on wage histories in determining offers or in making employment decisions. The Ordinance has yet to take effect, and the City is likely to appeal the District Court’s decision.

For all employers, the number of jurisdictions enacting wage and salary history bans is growing, and the decision in this case may spawn future challenges to these laws based on First Amendment grounds. While future challenges may lie ahead, employers in jurisdictions in which pay inquiry bans already exist should remain compliant (or get compliant) with the applicable laws. Employers unsure of compliance requirements should seek counsel.