Fire, then Fired Upon: Courts Reiterate Employees’ Protected Status for Disabilities and Retaliation

Recent court decisions reiterate the importance of employers’ proper treatment of employees with disabilities and work-related injuries as they are protected from retaliation under the Fair Labor Standards Act (FLSA) and California law. 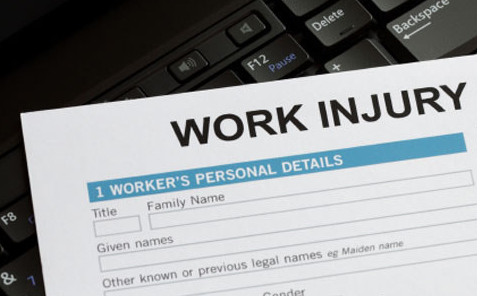 A pair of decisions issued in December, one by the California Court of Appeal and the other by the Ninth Circuit Court of Appeals, highlight the importance of California employers’ awareness and proper treatment of employees with disabilities and work-related injuries as they are protected from retaliation under the Fair Labor Standards Act (FLSA) and California law.

The first decision is Prue v. Brady Co., where the California Court of Appeal held that an employee who suffered a work-related injury and subsequently was fired, sufficiently pled a claim of wrongful termination in violation of public policy against his employer. The employer argued that the employee’s claim was improper (and should be dismissed) because it was a Labor Code section 132a retaliation claim that was exclusively within the jurisdiction of the Workers’ Compensation Appeals Board, and that the employee failed to plead any public policy that may have been violated by the employee’s termination.

The court disagreed, determining that the employee’s complaint made numerous references to statutory provisions of the Fair Employment and Housing Act (“FEHA”). The California Court of Appeal concluded that the claim was not barred by the doctrine of workers’ compensation exclusivity. The court also rejected the employer’s argument that the employee’s wrongful termination claim was barred by the one-year statute of limitations applicable to FEHA claim, holding that a claim of wrongful termination in violation of public policy is governed by a two-year statute of limitations.

The second decision was issued by the Ninth Circuit Court of Appeals in the matter of Rosenfield v. GlobalTranz Enterprises. In this case, the district court granted summary judgment in favor of the employer, determining that the employee serving as the human resources manager/director had not presented sufficient evidence that she had “filed any complaint” with the employer regarding the company’s Fair Labor Standards Act (“FLSA”) compliance.

On appeal, the Ninth Circuit considered whether, pursuant to Kasten v. Saint Gobain Performance Plastics Corp., 563 U.S. 1 (2011), the complaint was “sufficiently clear and detailed for a reasonable employer to understand it, in light of both content and context, as an assertion of rights protected by the statute and a call for their protection.”

The Ninth Circuit reversed summary judgment in favor of an employer on an employee’s claim under the anti-retaliation provision of the FLSA. Applying the “fair notice” test, the Ninth Circuit held that a jury reasonably could find that the human resources employee “filed any complaint” with the employer for purposes of establishing a FLSA retaliation claim as she had orally complained to the employer on at least eight occasions that the company was not in compliance with the FLSA, even though ensuring compliance with the FLSA was not the employee’s responsibility.

The first case demonstrates that employers must be aware of and carefully manage situations where employees suffer work-related injuries. As demonstrated in Prue, employees can sue their employer for disability discrimination under FEHA and seek punitive damages if they believe the termination of their employment was related to a work-related injury they suffered, or a worker’s compensation claim they made. As the California Court of Appeal made clear, employees are not limited to the remedies set forth in Labor Code 132a in these circumstances.

Further, the second case emphasizes that in determining whether an employee has “filed any complaint” for purposes of an FLSA retaliation claim, courts will look at both the content and context of the employee’s situation. In addition, the employee’s role as a manager will often be an important contextual element that the court considers.

Also, in Rosenfield, the Ninth Circuit seems to suggest that the employer’s summary judgment may not have been reversed if FLSA compliance had been part of the human resources employee’s job duties. Therefore, employers should be aware that even upper level managers with reporting and compliance responsibilities may be able to survive a summary judgment motion by presenting evidence of a “complaint” outside of their job duties.