The U.S. Court of Appeals for the Fourth Circuit upheld a jury verdict on the age discrimination claim of a long-term employee who was terminated after a single infraction. The employee also alleged that a comment referencing her “grandbabies” was made immediately following her termination. 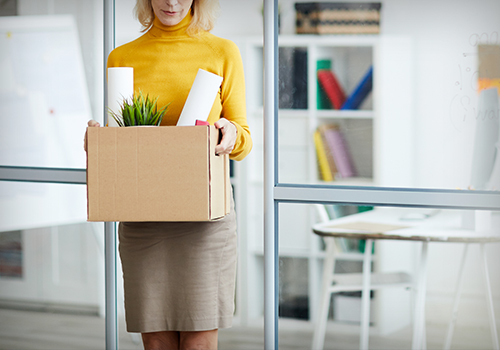 The plaintiff in Westmoreland v. TWC Administration (TWC) had worked for TWC and its predecessors for more than 30 years until she was fired at the age of 61. During the course of her career, Plaintiff committed only two minor infractions. Her role at the Company began to shift in her last few years at the Company, and Plaintiff had issues documenting her supervisory actions as required by her changing role. Plaintiff’s overall performance, however, remained satisfactory.

The plaintiff stated she conducted a meeting on July 21, 2015, with a subordinate and then, six days later, on July 27 had the subordinate sign a form documenting the earlier meeting. The subordinate dated the document July 27, but then Plaintiff whited out the date and asked her subordinate to change the date to July 21 to reflect the actual date of the meeting. A few months later, Plaintiff’s supervisor asked her about the white-out issue and she explained how she had the employee change the date to reflect the date of the actual meeting. The supervisor said not to worry about it, but then a few weeks later, Plaintiff was terminated for making false statements, which management alleged raised trust issues. While the plaintiff was on her way out, the individual who delivered the termination news to the plaintiff said: “Oh, girl, you don’t have nothing to worry about. You’ll get another job. Just go home and take care of those grandbabies.” Plaintiff’s position was filled with a 37-year-old.

The Fourth Circuit held that Plaintiff presented evidence to contradict TWC’s evidence, and the jury was therefore allowed to discredit TWC’s evidence. Plaintiff also presented sufficient evidence to show pretext—namely, that she was initially told the backdated form was not a big deal; her consistent performance; the fact that the person who had just terminated her made a comment about her grandbabies; and the fact that Plaintiff’s supervisor first denied, and then admitted, that she was aware of the age gap between Plaintiff and her replacement.

Employers should carefully consider all circumstances when deciding whether to terminate an employee who may belong to a protected class. Here, the Court of Appeals looked at a range of evidence from the employee’s employment and termination to support a finding of pretext, including the fact that the employee was a long-term employee with satisfactory performance and had been cited for only two minor infractions. Additionally, while a few offhanded comments usually are not enough to establish discrimination, here, the Court stated that a jury could have found the statement regarding caring for grandbabies immediately following Plaintiff’s termination was sufficient to support a finding of age-based animus by the jury.