The case is a reminder about the importance of having effective internal procedures for handling, investigating and responding to complaints. 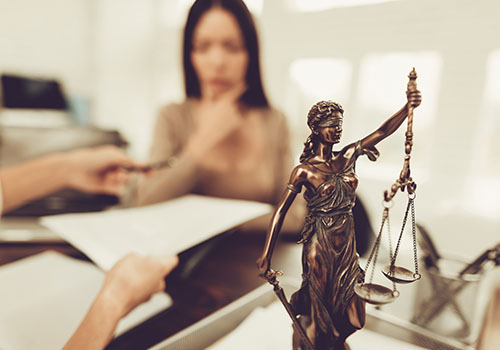 In Gogel v. Kia Motors Manufacturing, Plaintiff Andrea Gogel was hired as a manager in Kia’s Team Relations Department. As part of her duties, Plaintiff conducted investigations into harassment and discrimination allegations. Plaintiff voiced her own complaints regarding gender discrimination and after not receiving a satisfactory response to her complaints, Plaintiff filed her first EEOC charge against Kia in November 2010 for gender and national origin discrimination.

Diana Ledbetter, an employee who had previously lodged complaints with Plaintiff concerning a relationship between the company president and Ledbetter’s supervisor met with Plaintiff after she learned Plaintiff had filed an EEOC charge. When they met, Plaintiff and Ledbetter discussed the company’s ability to address discrimination complaints. (Plaintiff had previously been instructed not to investigate Ledbetter’s complaints into the company president.) Ledbetter asked Plaintiff if she had retained an attorney, and Plaintiff passed along the name of the attorney she was meeting. Soon after filing her charge, Plaintiff was required to sign a document stating she would not discuss her charge with other employees, use her position to influence others to make claims, or access documents relating to her claim. Separately, a Senior Manager of Kia’s Human Resources and Team Relations also filed an EEOC complaint alleging discrimination around the time Plaintiff did.

Without encouragement or solicitation from Plaintiff, Ledbetter decided to file an EEOC charge in December 2010. After receiving Ledbetter’s EEOC charge, Plaintiff’s supervisor began to suspect Plaintiff was “recruiting” other employees to file charges as Plaintiff, Ledbetter, and the HR Senior Manager were all represented by the same firm. Kia eventually terminated Plaintiff for encouraging and soliciting Ledbetter’s filing of her charge after learning about meetings between Plaintiff, the HR Senior Manager and Ledbetter. Plaintiff then filed suit alleging retaliation, among other claims, and the district court granted summary judgment to Kia.

On appeal, Kia argued its legitimate, nondiscriminatory reason for terminating Plaintiff was that she encouraged or solicited Ledbetter to file an EEOC charge rather than resolving Ledbetter’s complaint internally. The company argued a human resource employee like Plaintiff helping another employee file a discrimination charge was unreasonable and not protected activity. The Eleventh Circuit, in analyzing Plaintiff’s retaliation claim, acknowledged that deviating from an employer’s internal procedures to support another employee’s opposition can be a violation of job duties that is often unreasonable.

Yet, under the Eleventh Circuit’s test that balances the purpose of Title VII against an employer’s legitimate concerns for loyalty and cooperation, the Court held that Plaintiff’s conduct was reasonable because Plaintiff had first followed Kia’s policy by making a discrimination complaint to her supervisor, who conducted no investigation into her complaints. Similarly, Kia forbade Plaintiff from investigating Ledbetter’s complaint, thus essentially exhausting Kia’s internal complaint framework. Accordingly, the Court reversed the grant of summary judgment on Plaintiff’s retaliation claim.

Employers should review their internal procedures for handling discrimination and harassment complaints and identify and resolve any breakdowns in the process. As the Eleventh Circuit’s holding shows, inadequate internal complaint procedures can prevent human resources employees from effectively doing their jobs; thus, assisting other employees in pursuing a claim outside the internal company procedures may be reasonable under these circumstances.