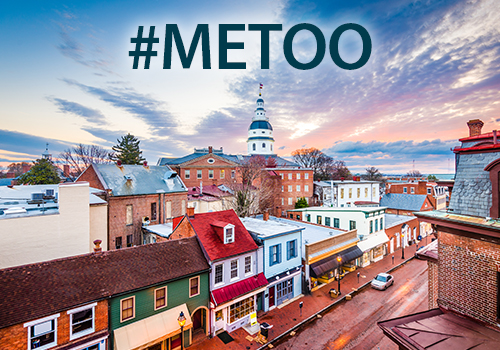 Earlier this term, Maryland’s General Assembly passed the Disclosing Sexual Harassment in the Workplace Act of 2018 (Senate Bill 1010 and House Bill 1596), which was signed into law by Governor Hogan on May 15, 2018. Likely in response to the #MeToo movement and current attitudes toward workplace discrimination, the Act provides greater oversight and transparency concerning sexual harassment by imposing new reporting requirements on certain employers.

Under the Act, an employer may not include a provision in an employment agreement that would require an employee to waive “any substantive or procedural right or remedy” to a future sexual harassment claim or “retaliation for reporting or asserting a right or remedy” based on a sexual harassment allegation. Any waiver provision in an employment agreement will be considered null and void in violation of the state’s public policy. Accordingly, an employer may not take adverse action against an employee because he or she fails to sign or refuses to enter into an agreement that contains a prohibited waiver. Adverse action under the Act includes discharge, suspension, demotion, or further discrimination. Any employer that attempts to enforce a prohibited waiver provision will be held liable for the employee’s attorney’s fees and costs.

As a part of the survey, the Commission will also provide a space for the employer to state whether any personnel action was taken against an employee involved in the settlements disclosed in the survey. The surveys will be published and made available to the public with the names of implicated employees redacted. Subsequently, the Commission will review a random selection of submitted surveys and produce an executive summary that will be submitted to the Governor, the Senate Finance Committee, and the House Economic Matters Committee. The Act will take effect October 1, 2018, and it includes a sunset provision ending the reporting requirements in 2023, unless reinstated by the General Assembly.

In light of these requirements, all Maryland employers should ensure that any existing employment agreements do not include a prohibited waiver provision regarding sexual harassment claims, including jury trial waivers or arbitration clauses. Additionally, special attention should be paid in drafting new employment agreements and policies in compliance with the Act.

Beginning October 1, 2018, Maryland employers that meet the fifty employee statutory threshold should also compile any information necessary to complete the mandated surveys, the first of which will be due to the Commission on or before July 1, 2020. Finally, as federal and state law evolve with current social and political movements, employers are encouraged to continue to review their employment agreements and sexual harassment policies, as well as seek counsel to ensure that they are in compliance with relevant state and federal law.