The Board has reinstated the prior test for joint employment that requires actual, direct, and immediate control and rejected the standard allowing for reserved or indirect control. 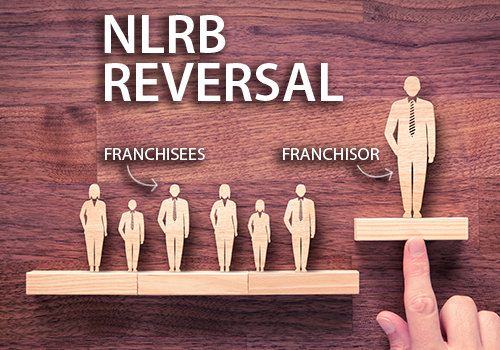 To the surprise of many observers, on December 15, 2017, the National Labor Relations Board, by a 3-2 vote, issued a decision reversing the controversial standard for joint employment set forth in its earlier Browning-Ferris decision. The decision came amongst a flurry of decisions prior to the expiration of Chairman Philip Miscimarra’s term the following day. The decision is Hy-Brand Industrial Contractors, Ltd. and Brandt Construction Co. v. Dakota Upshaw et al., 365 NLRB No. 156 (Dec. 14, 2017).

In the 2015 Browning-Ferris Industries decision, the Board rejected the long-held view that direct control of workers was required to find an employment relationship between a worker and company working with the worker’s primary employer. The Board crafted a new standard, writing that an entity could be held to be an employer if it possessed “[r]eserved authority to control terms and conditions of employment, even if not exercised,” or exerted indirect control over workers. The new standard greatly expanded potential joint employer liability for franchisors and contractors, who often contractually require certain controls to main consistency across the brand in quality and appearance. If an entity is found to be a joint employer by the Board, it is subject to, among other things, bargaining obligations under the National Labor Relations Act (NLRA) and joint liability for unfair labor practices and breaches of collective bargaining agreements. Most notably, under this standard, the Board pursued a number of claims of unfair labor practices against McDonald’s, where the workers were employed by franchise restaurants and not typically considered the employees of McDonald’s.

The response to Browning-Ferris was immediate. Critics, especially those representing franchisors, lambasted the expansion of the standard for liability as a threat to the franchising model itself. The decision itself was appealed to the U.S. Court of Appeals for the District of Columbia Circuit, which heard oral argument and has long been expected to issue a decision. To counter the NLRB’s standard, sixteen states began passing laws that codify in no uncertain terms that a franchisor is not an employer or co-employer of either a franchisee or an employee of the franchisee, unless the franchisor has agreed. Additionally, the U.S. House of Representatives passed H.R. 3441, the Save Local Business Act, to amend the NLRA to impose a standard of direct, actual, and immediate control as the standard for joint employment, in an attempt to directly overturn Browning-Ferris through legislation. The legislation has not yet been taken up by the Senate.

Now, with the shift in party control over the Board, the Republican-appointed majority has overturned Browning-Ferris in a party-line vote. The majority wrote, “[T]he Browning-Ferris standard is a distortion of common law as interpreted by the Board and the courts, it is contrary to the Act, it is ill-advised as a matter of policy, and its application would prevent the Board from discharging one of its primary responsibilities under the Act, which is to foster stability in labor-management relations.”

Although the Board found joint employment to exist in the matter at hand, it did so by rejecting Browning-Ferris test and reinstituting the prior, decades-old standard for joint employment. Under this test, two entities may be joint employers if they meaningfully share or co-determine those matters governing the essential terms and conditions of employment, such as hiring, firing, discipline, supervision, and direction. The standard requires that the putative employer have control over employment matters that are “direct and immediate” based on the actual practice of the parties to be a joint employer. The control over the day-to-day operations or labor relations must be actual, as opposed to potential. Finally, the control is not sufficient if it is merely “limited and routine” supervision and direction.

The breadth of the Browning-Ferris decision is hard to overstate, and the Board’s rejection of that standard is good news to companies who engage contractors, or sell and/or support franchises. And while the standard itself is limited to application to matters before the Board, it signifies a rapprochement in a movement to expand liability for employers. Employers should note, however, that the decision is the result in the shift in power of the Board, and a swing in control could result in a return to a broader test for joint employment. The majority criticized Browning-Ferris for creating uncertainty and unpredictability for employers under a broad standard. Unfortunately, despite the current return to the prior test, that uncertainty appears to remain.