Home > News & Insights > Insights > No, A New Boss Is Not A Reasonable Accommodation According to the Sixth Circuit

No, A New Boss Is Not A Reasonable Accommodation According to the Sixth Circuit

Employee was not disabled based on evidence that she could perform the duties of her position under a certain supervisor. 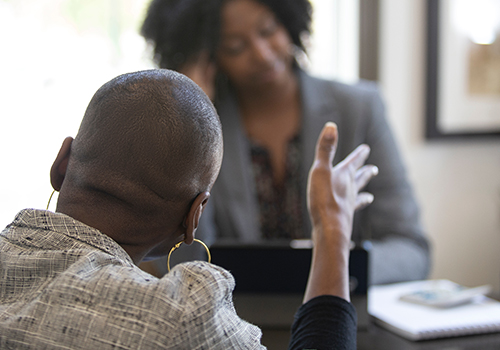 In Tinsley v. Caterpillar, the employee plaintiff complained to her employer that her supervisor triggered her post traumatic stress disorder (PTSD) and asked that her employer accommodate her by assigning her to a new supervisor or allowing her to take medical leave. Caterpillar did allow the plaintiff to take intermittent Family and Medical Leave Act (FMLA) leave but denied her request to be transferred to a new supervisor.

The plaintiff then resigned and sued for failure to accommodate her disability under the Americans with Disabilities Act (ADA) and for retaliation for taking FMLA leave based on a negative performance review and placement on an improvement plan. The district court granted summary judgment in favor of Caterpillar on both claims, and Plaintiff appealed.

The Sixth Circuit Court of Appeals affirmed summary judgment on Plaintiff’s failure to accommodate claim. The Court concluded Plaintiff was not disabled for purposes of the ADA because she was not substantially limited from working in a class or broad range of jobs. Specifically, the plaintiff provided evidence that her issues stemmed directly from her supervisor’s management style as opposed to the duties of a broad range of jobs.

For example, the plaintiff told her HR department that she would be able to continue in the same position if she worked under a different supervisor. Additionally, the plaintiff’s doctor had released her to work full duty and the doctor’s suggestion that Caterpillar transfer her to another supervisor clearly related to the plaintiff’s stress level under her specific supervisor. The plaintiff, therefore, demonstrated only that she was prevented from performing her position under a specific supervisor and failed to show that her impairment prevented her from performing a class or broad range of jobs.

Finally, the Court remanded Plaintiff’s claims of FMLA retaliation, finding that the plaintiff had established a prima facie case of retaliation and that Caterpillar had not specified a legitimate, non discriminatory reason for the action.

While the Sixth Circuit found that plaintiff’s job related stress was not a disability that the employer was required to complaint, employers should nevertheless carefully consider an employee’s request for accommodation for job related stress. Stress can often exacerbate or lead to mental health conditions such as anxiety or depression that may be classified as disabilities and may require other accommodations (other than transferring the employee to a new supervisor).