All employers can benefit from reviewing OSHA’s Recommended Practices for Anti Retaliation Programs and implementing the recommendations as necessary, whether covered by the 22 whistleblower statutes that OSHA enforces or not. 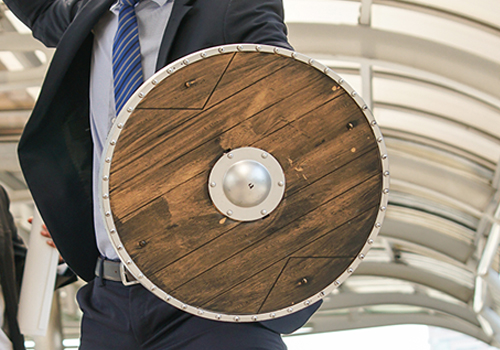 On January 13, 2017, the Department of Labor’s Office of Safety and Health Administration issued its Recommended Practices for Anti Retaliation Programs, a new set of recommendations to help employers develop effective anti retaliation programs. The recommendations, which can be found here, are advisory in nature and are neither mandatory for employers, nor do they interpret or create legal obligations. Nonetheless, the guidance is directed at any public or private sector employers who are covered by the 22 whistleblower protection statutes that OSHA enforces (here is a list of the statutes).

These OSHA recommendations are particularly important in light of OSHA’s new anti discrimination and anti retaliation rule, which came into effect on August 10, 2016. This rule (among other things) allows compliance officers to issue citations for perceived retaliation in addition to complaints submitted by employees under OSHA’s prior enforcement framework, Section 11(c) of the OSH Act. This is a broad expansion of the ability to issue citations and one that will likely result in an increase in the number of retaliation citations issued to employers.

What is Retaliation —- A Primer.

According to OSHA’s recommendations, retaliation occurs when an employer takes an adverse action against an employee because the employee engaged in a protected activity. Because OSHA enforces 22 separate whistleblower statutes, protected activity can take many forms, including raising a concern about a workplace condition that could have an adverse impact on the safety, health, or well being of others, reporting a suspected violation of the law, or simply reporting an injury to OSHA.

Likewise, according to OSHA, adverse action can take many forms —- as serious as termination and as subtle as intimidation or falsely accusing an employee of poor performance. OSHA includes a list of examples of adverse action in the recommendations. We would note, however, that while OSHA’s intent was likely to err on the inclusive when defining adverse action, many courts have found that some of the actions included in OSHA’s list do not, in fact, constitute an adverse employment action. Nonetheless, even though the definition of adverse action is not black and white, employers’ policies should be designed to prevent any negative action taken toward an employee in response to protected activity. Further, the fact that OSHA is defining retaliation so broadly indicates that compliance officers will likely do the same.

OSHA recommends a five-element approach for implementing an effective anti retaliation program, which are listed below.

According to OSHA, implementing these five elements into a cohesive program will enable employers to effectively support employee reporting and protect employees from retaliation. The OSHA recommendations include specific examples of ways that employers can incorporate each of the five elements listed above into their workplace policies and procedures.

All employers, even those not subject to the whistleblower statutes, are advised to review the examples for ways in which they can implement processes that discourage retaliation. For example, a top-down approach to showing preventing retaliation is recommended for all employers. If Company management and board members receive training and incorporate anti retaliation measures into their standards, those below them will act similarly. Additionally, ensuring that there is a system available to receive and respond to employee’s concerns and ensuring confidentiality to the extent possible will encourage reporting of concerns and complaints.

All employers can benefit from reviewing OSHA’s Recommended Practices for Anti Retaliation Programs and implementing the recommendations as necessary, whether covered by the 22 whistleblower statutes that OSHA enforces or not. Almost all employers are covered by some kind of statute preventing retaliation, whether it is enforced by OSHA, the EEOC, a state agency, or through a private right of action, and therefore, implementing these general suggestions may be beneficial to employers in the long term. Further, given the new sweeping authority of compliance officers to issue citations for retaliation, employers should take steps to implement an anti retaliation program. Doing so will lessen the risk of a citation for retaliation in two ways: first, compliance officers will likely ask whether the employer has an anti retaliation program and factor this into their issuance of a citation; and second, an anti retaliation program will lessen the actual risk of retaliation.