Outside the Lines: Chair Umpire Files Race Discrimination Lawsuit Against US Tennis Association 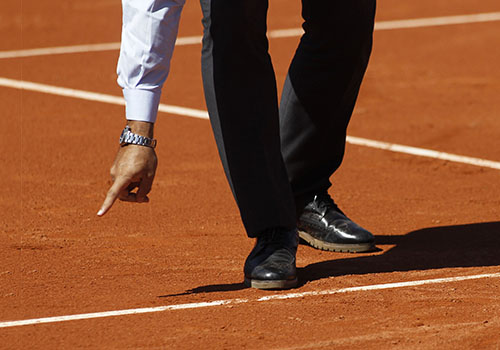 A former United States Tennis Association (USTA) chair umpire Tony Nimmons, filed a lawsuit against the USTA on April 27, 2018, in the Eastern District of New York, Case No. 1:18-cv-02499, alleging that he experienced unfair treatment on the basis of race and was retaliated against after making complaints of discrimination. Among other damages, Nimmons is seeking reinstatement to his position, as well as monetary damages for loss of income and benefits, past salary, diminution of prestige, and emotional distress damages.

Nimmons worked for the USTA for 24 years. In addition to his duties as a chair umpire, Nimmons was hired as an Officiating Pathway Coordinator, working to promote diversity and inclusion for the sport. He would travel to major tournaments and perform diversity outreach. Among the various allegations in his complaint, Nimmons alleges that, despite management’s assurances, the USTA failed to promote him and other minority umpires from “Silver Badge” status to “Gold Badge” status because of their race. Gold Badge officials officiate the top matches.

Nimmons’s complaint also alleges that he reported numerous incidents of racism that he experienced to the USTA. He alleged that he encountered a white umpire at the 2013 U.S. Open who said, “Hey Tony, if you were a hungry monkey and I told you there was a watermelon in the tree—-go get it!—-how would you feel?” Nimmons also alleged that he complained that at a smaller tournament in Dallas in 2012, a white umpire yelled, “Tony, you should go back to the ghetto!” and a player in a tournament in 2010 called him a racial slur. Nimmons alleges the USTA failed to take any action or follow up on his complaints regarding these, and other instances of discrimination, by peers and managers.

Nimmons named his former supervisor Francis “Skip” Gilbert as a defendant in the case. According to Nimmons’s complaint, around April 2014, Gilbert became his supervisor and diminished his duties, undermined his authority, and humiliated him in front of other employees and members of private clubs. He also alleges that Gilbert prohibited him from traveling to events to umpire, threatened to fire him on numerous occasions, removed him from meetings, excluded him from critical work correspondence, made disparaging comments about his appearance and the “deepness of his voice,” and gave him an unfair negative performance evaluation. Additionally, Nimmons alleges that Gilbert made a comment that he had spoken to USTA attorneys and bragged that “the Attorney General issue is dead,” referring to a 2005 New York Attorney General discrimination probe into the USTA that found significant disparities in the number of female and minority chair umpires that could not be explained by differences in qualifications.

Nimmons further alleges that, after making these internal complaints and filing a charge of discrimination with the EEOC in 2015, he was constructively terminated—-he was stripped of many of his work duties, including his diversity promotion duties and his ability to travel to the Grand Slams tennis tournaments, he was demoted to a video editor position for which he did not receive training, and was forced out on disability leave.

Following its investigation, the EEOC issued a reasonable cause finding and issued Nimmons a right to sue letter. After its investigation, the EEOC determined that there was credible evidence that Nimmons was subjected to disparaging comments to which there was no remedial action and he received disciplinary action appearing to be retaliatory in nature. A USTA spokesperson was critical of the EEOC’s investigation, claiming it was not a full and comprehensive investigation because the agency did not contact or speak to any USTA witnesses. EEOC investigations typically give the employer a chance to provide a position statement in which it responds to the charges of discrimination. After reviewing the position statement, the EEOC may interview the employer’s witnesses and/or the charging party, request documents or records, hold fact-finding conferences with both sides, and visit the employment site.

Employers should maintain robust anti-discrimination polices that provide employees with open channels for reporting potential discrimination and harassment without fear of retaliation. Employers should ensure prompt and reasonable investigation of complaints by trained staff. Whether an employer determines that the complaint is credible or not, the investigation and decision-making process should be properly documented by Human Resources personnel, and reviewed by an employment attorney, if possible. Employees who make internal complaints or file EEOC or state agency charges are protected by law from retaliation and should not be treated differently than other employees in the same or similar positions as a result of the complaint.