A recent case decided by the Pennsylvania Supreme Court found that a basement waterproofing company did not demonstrate sufficient consideration when implementing a non-compete agreement as part of a salesperson’s at-will employment. 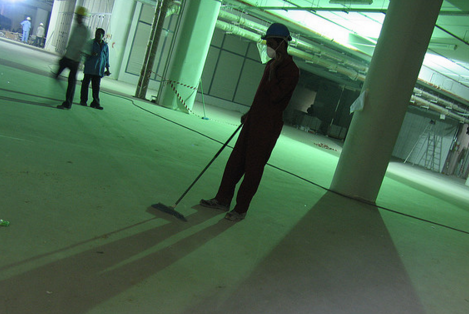 The Pennsylvania Supreme Court has held that employers looking to implement non-competition agreements (i.e. restrictive covenants not to compete) with their current employees must provide “new and valuable consideration” to render the agreement enforceable.

Pennsylvania employers should now ensure that non-competition agreements are tied to some corresponding benefit or a favorable change in employment status, such as a promotion, a change from part-time to full-time employment, or a change to the employee’s compensation package of bonuses, insurance benefits, and/or severance benefits.

The Court held that continued employment is insufficient consideration due to Pennsylvania’s “long history of disfavoring restrictive covenants” and rejected Mid-Atlantic’s argument that Pennsylvania’s Uniform Written Obligations Act required enforcement of an agreement that includes the “magic language” that the parties “intend to be legally bound” by the agreement required enforcement.

Prior to the industrial revolution, Pennsylvania courts found such restrictive covenants “absolutely void as against public policy due to a high societal demand for, but low supply of skilled workers” but later accepted partial restraints on trade and enforced such agreements, provided they “were (1) ancillary to an employment relationship between an employee and an employer; (2) supported by adequate consideration; (3) the restrictions are reasonably limited in duration and geographic extent; and (4) the restrictions are designed to protect the legitimate interests of the employer.”

To employers’ credit, the Court noted that non-competition agreements “serve to safeguard an employer’s protectable business interests which may relate to an employee’s special skills; the safeguarding of customer goodwill; proprietary business information, including processes, trade secrets, and inventions; as well as the time and resources the employer has invested in the training of its employees.”

The Court held, however, that such agreements are disfavored because they restrain trade and “prevent a former employee from earning a livelihood.”

Non-competition agreements are essential elements of many employment agreements and can protect a broad range of business interests. They must be drafted artfully, however, in order to satisfy state-by-state statutory and common law considerations. Best practices suggest that employers should offer current employees a clear new or additional benefit to ensure enforceability of a new restrictive covenant.