Employers will not be required to collect and submit pay data on their 2017 EEO-1 reports as these portions of the revised EEO-1 form have been stayed indefinitely. 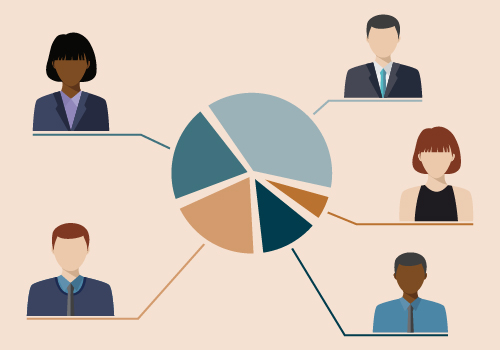 Employers will not be required to collect and submit pay data on their 2017 EEO-1 reports as these portions of the revised EEO-1 form have been stayed indefinitely.

Private employees who are subject to Title VII and who have 100 or more employees, as well as certain federal contractors with 50 or more employees, are required by law to file an annual EEO 1 form. These companies must submit employment data, organized by race/ethnicity, gender and job category, on the EEO-1 form, which previously was due every year on September 30. Employers would use employment data from a “snapshot” pay period anytime between July 1 and September 30. The data in an EEO-1 form is then evaluated by the Equal Employment Opportunity Commission and the Office of the Federal Contract Compliance Programs to determine compliance with Title VII and is to be used as a tool by companies to self-evaluate their own equal employment opportunity initiatives.

Last year, the EEOC announced that starting March 2018, employers would be required to collect and submit summary employee pay data (in addition to the other employment data already collected on the EEO-1 form) on a new EEO-1 form. The EEOC stated that this data would be used to investigate possible pay discrimination. Additionally, rather than being due on September 30, the 2017 report on the revised EEO-1 form would be due March 31, 2018, and the new “workforce snapshot” would be October 1 to December 31, 2017.

Since this announcement, the EEOC has received much criticism from the business community about these burdensome new reporting requirements and the limited usefulness of such data once it is gathered. On August 29, the Office of Management and Budget (OMB) issued an immediate stay of the pay data collection portions of the revised EEO-1 form and initiated a review of these portions. In response, the EEOC stated that employers should plan for now to submit the previously required EEO-1 employment data, organized by race/ethnicity, gender and job category, by the March 31, 2018 deadline.

Employers should monitor developments and any additional guidance issued by the EEOC following the indefinite stay that has been placed on the pay data collection requirements of the new EEO-1 form. While it is unclear when a final decision will be made on whether the revised EEO-1 form will be used in the future, the OMB’s stay should be a welcome development to employers, since the new data collection period for the revised form was to begin October 1.