The Supreme Court of the United States unanimously holds that that an employer’s procedural objection to jurisdiction based on a plaintiff’s failure to exhaust administrative remedies is waived if it is not asserted early in Title VII litigation. 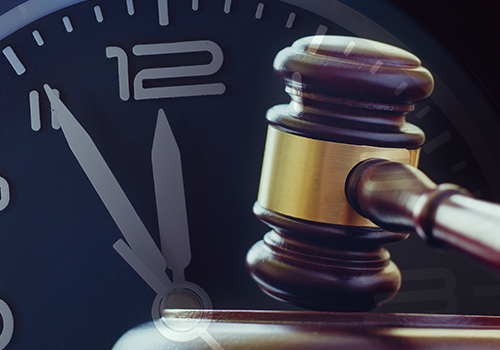 On June 3, 2019, the Supreme Court of the United States issued a unanimous opinion in Fort Bend County, Texas v. Davis, holding that the charge-filing requirement in Title VII of the Civil Rights Act of 1964 (“Title VII”) is non-jurisdictional, and thus waivable. No. 18-525 (June 3, 2019). The Court’s conclusion that Title VII’s charge-filing requirement is non-jurisdictional means that if an employer fails to timely raise an objection, then the employer forfeits its right to the defense that a plaintiff employee failed to exhaust his or her administrative remedies.

After dismissal of the charge, plaintiff commenced a civil action against the County in the U.S. District Court for the Southern District of Texas, alleging religion-based discrimination and retaliation for reporting sexual harassment. Following a round of appeals to the Fifth Circuit and the Supreme Court, the County moved to dismiss the religion-based discrimination claim, asserting for the first time that the District Court lacked jurisdiction to hear the plaintiff’s religion-based claim because she had not stated such a claim in her EEOC charge. The District Court granted the County’s motion to dismiss. The Fifth Circuit reversed, holding that Title VII’s charge-filing requirement is not jurisdictional and that the County forfeited its objection because it failed to timely raise it.

Granting the County’s petition for review, the Supreme Court ultimately held that Title VII’s charge-filing requirement is not jurisdictional. The Court concluded that the requirement to file a charge prior to litigation is a procedural obligation that, if not satisfied, may form the foundation of a waivable defense for failure to exhaust administrative remedies. In effect, the Court’s holding means that employers who fail to timely raise such an objection risk forfeiture of the defense based on failure to exhaust administrative remedies.

The Court did not address how soon an employer must assert the administrative exhaustion defense before it is deemed waived. The Court did note, however, that employers have “good reason promptly to raise an objection that may rid them of a lawsuit filed against them. A Title VII complainant would be foolhardy consciously to take the risk that the employer would forgo a potentially dispositive defense.”

The decision in Fort Bend County, Texas v. Davis is a strong incentive for employers to promptly raise any objection to Title VII court claims that were not asserted in the underlying EEOC or state agency charge. Employers who fail to timely raise the objection risk forfeiting a defense that could end litigation early.

In light of the Court’s decision, employers should verify that an employee’s EEOC charge is consistent with the claims alleged in a court complaint at the outset of litigation. If the claims asserted in the court complaint are beyond the Title VII claims raised in the EEOC or state agency charge, employers should promptly raise a defense based on a failure to exhaust administrative remedies. This is best done in an answer or motion to dismiss.