The Seventh Circuit holds that an employer’s obligations under the FMLA applies even to situations where an employee is telecommuting from home. 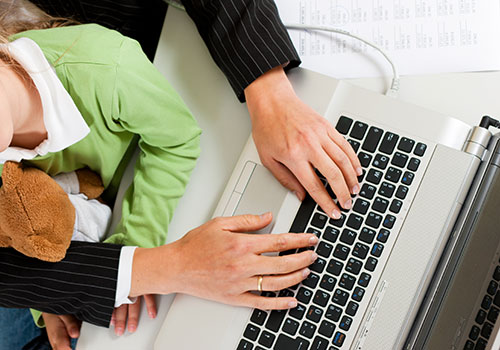 The Seventh Circuit holds that an employer’s obligations under the FMLA applies even to situations where an employee is telecommuting from home.

On January 6, 2017, the Seventh Circuit Court of Appeals ruled that an employer may be liable for FMLA retaliation against an employee who was working from home part-time and on FMLA leave part-time. A copy of the opinion can be found here. In Wink v. Miller Compressing Company, an employee, Tracy Wink, sued her employer for retaliation under the FMLA, and a jury returned a verdict in her favor on that claim. Wink’s employer, Miller, then filed an appeal.

Wink took intermittent FLMA to care for her autistic son. After about six months of intermittent leave, however, Wink’s son was expelled from day care. Wink requested to work for two days a week, and during these two days, she would use FMLA leave for the hours she spent taking care of her son during the eight-hour workday. Even though the FMLA does not cover working at home, Miller agreed to the arrangement and agreed to compensate Wink only for the hours she actually worked from home. During the first few months of this arrangement, Miller was satisfied with Wink’s performance.

Then, about five months into the arrangement, Miller decided to prohibit any employee from working from home due to the company’s financial problems. Miller informed Wink of the decision on a Friday and gave her the option to either show up to work that following Monday and work full-time in the office or else she would be considered to have voluntarily quit. Wink replied that she would not be able to find child care that quickly, and the human resources officer she had been speaking to falsely replied that FMLA applies to leave only for doctors’ appointments and therapy (even though it does cover leave to care for a sick child). On Monday, Wink showed up to work, but Wink told Miller that she was unable to find child care and had to return home. Wink left the office, and Miller processed her “termination.”