The Sixth Circuit revived Title VII claims relating to a company’s termination of a transgender employee. 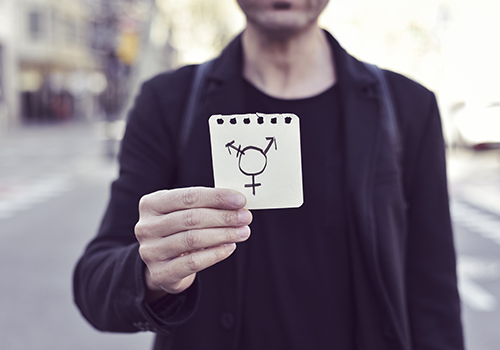 In Equal Employment Opportunity Commission v. R.G. & G.R. Harris Funeral Homes, Inc., the defendant, a company that operates funeral homes, terminated the employment of Aimee Stephens shortly after the plaintiff informed the owner she intended to transition from male to female. While conducting an investigation in response to a claim filed by Stephens, the EEOC learned that the defendant provided clothing to its male employees to comply with its dress code but did not provide its female employees, who were also required to follow a dress code, with clothing or a clothing allowance. The EEOC then sued defendant, alleging it violated Title VII (1) by terminating Stephens on the basis of her transgender or transitioning status and her failure to conform to sex stereotypes and (2) by administering a discriminatory policy for clothing and a clothing allowance.

In its motion for summary judgment, the defendant argued that the sex-specific dress code equally burdened male and female employees. The defendant also argued it should not be required to employ Stephens as doing so constitutes an unjustified substantial burden upon the defendant’s sincerely held religious and thus violates the Religious Freedom Restoration Act (RFRA). Additionally, the defendant contended that the EEOC was precluded from bringing a claim based on the clothing allowance policy as the defendant could not have reasonable expected such a claim to emerge from the investigation into Stephens’s termination. The district court granted defendant’s motion for summary judgment on both claims. On appeal, the Sixth Circuit reversed this grant of summary judgment.

The Sixth Circuit first held that Stephens could pursue a claim for transgender and transitioning discrimination, in addition to a claim for failure to conform to sex stereotypes. The Court found that discrimination on the basis of a transgender or transitioning status was a form of discrimination on the basis of sex as it is based on the non-conformance of appearance and gender identity with sex stereotypes. The Court also held that because the defendant had almost no religious characteristics, it was not subject to the ministerial exception to Title VII that is applicable to religious institutions.

The Sixth Circuit’s analysis follows the reasoning of several other circuits who have held that Title VII also extends to protect sexual orientation. The case also highlights the limitations of the RFRA as a defense for employers. Additionally, employers should carefully review their policies related to appearance and dress code to ensure these policies are not more burdensome for a particular gender.