Following a mass walk out at Google offices across the country, the company announced it was putting an end to forced arbitration for sexual harassment complaints. Several other tech companies followed suit, sparking a trend and conversations regarding the merits of arbitration. 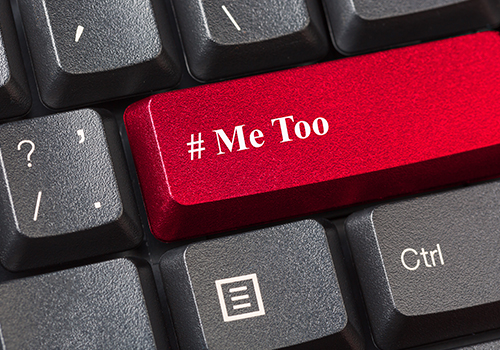 Last month thousands of Google employees participated in a “walk-out” of their workday, motivated by a New York Times story detailing the reported $90 million in exit payouts Android creator Andy Rubin has received since leaving the company in 2014. Rubin’s departure occurred after a female colleague reported he coerced her into performing oral sex and an internal investigation found the claim credible.

Google employees demanded an end to forced arbitration for issues of sexual harassment and discrimination, a commitment to end pay and opportunity inequality, a publicly-released transparency report regarding sexual harassment at the company, an inclusive and clear sexual misconduct reporting process, the appointment of a Google employee representative to the board of directors, and to elevate the status of chief diversity officer, allowing the position to answer to the CEO and make recommendations to the board of directors.

In a company-wide email, CEO Sundar Pichai detailed a list of changes the company will be implementing in the coming weeks and months. They included putting an end to forced arbitration, which Pichai wrote will be optional for “individual sexual harassment and sexual assault claims.” (Pichai’s letter and the list of changes did not address a significant number of the demands listed by the organizers of the walkout.)

A number of other tech companies followed suit, including Facebook, Lyft, AirBnB and eBay. Other companies, such as Microsoft were noted to have taken that step earlier, in 2017. Others, including Amazon, Reddit, and Verizon, publicly commented on the action, noting that they do not have forced arbitration for any type of claim.

Critics are not satisfied though, noting that many of the companies taking this public step have ended forced arbitration for sexual harassment claims, but not for other discrimination claims—effectively carving out a small fraction of the potential harassment and discrimination claims that are non-arbitrable. Arbitration is appealing to businesses because it is perceived to lead to a quicker and more private resolution of claims. Critics of the practice argue that forcing arbitration prevents employees or claimants from publicizing their complaints if they want to and some argue that employees are at a disadvantage arguing their case in front of an arbitrator who is repeatedly engaged by the same employer to decide their cases.

The move to end forced arbitration for sexual harassment claims is born of the #metoo movement. Arbitration provides genuine benefits to employers and employees alike under some circumstances. Some employees may prefer that their claims are brought privately. Critics have long argued against forcing arbitration though, and it appears as though the trend may be moving away from doing so.