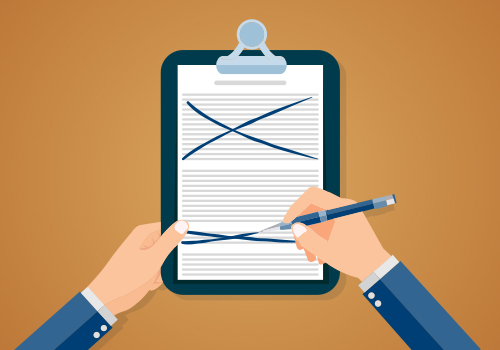 On September 5, 2019, the United States Court of Appeals for the Third Circuit issued an opinion in Tilden Recreational Vehicles, Inc. v. Belair, concluding that a Pennsylvania district court did not abuse its discretion in granting a preliminary injunction enforcing a modified, less-restrictive version of a non-compete agreement against the plaintiff’s former employee. Case No. 18-2737 (3d. Cir. Sept. 5, 2019) (upholding the District Court’s substantive findings but vacating the preliminary injunction based on the District Court’s failure to consider the bond requirement before issuing the preliminary injunction). Although the matter was remanded with instructions to consider an appropriate bond under federal rules, the Third Circuit’s opinion in Tilden serves as a reminder to employers of the importance of carefully drafting and enforcing non-compete agreements.

Restrictive covenants, such as non-compete and non-solicitation agreements, limit an employee’s ability to compete after ending the employment with an employer. A non-compete agreement prohibits an employee from competing with his or her former employer by providing his or her services to a competing company within a geographic area for an amount of time following termination of employment. Non-compete restrictions are often set out in an employee’s employment agreement, fringe benefits agreement, or separation agreement. Many states disfavor restrictive covenants or non-compete agreements that unreasonably restrain trade or unreasonably burden employees’ legitimate efforts to earn a livelihood. Several states, including California, Massachusetts, and Maine have laws prohibiting or restricting the use of noncompete agreements for certain employees or under certain conditions of employment.

Although the District Court in Tilden concluded that Tilden RV had a protectable interest in restricting the defendant’s employment, the Court “blue penciled” the non-compete agreement by reducing the scope and duration of the restrictions as written to allow the defendant to work for the competing company in a limited, non-competitive capacity. On appeal to the Third Circuit, defendant argued that the non-compete restrictions were nonetheless unreasonable and therefore unenforceable against him.

Luckily for Tilden RV, the Third Circuit agreed that the “blue penciled” non-compete restriction was indeed enforceable against the defendant employee, as it was both reasonable in geographic scope and duration, and was no more restrictive than necessary to protect Tilden RV’s legitimate business interests. Although the Third Circuit’s conclusion in Tilden regarding the enforceability of the modified non-compete was in favor of the employer, under another state’s law, an employee may not have been prohibited from competing with a former employer, no matter that he or she signed and was in breach of a non-compete agreement as written. In such a case, an employer would learn a costly lesson in drafting state compliant non-compete agreements.

The number of states passing statutory laws prohibiting or restricting the use of non-compete restrictions is growing. California, North Dakota, and Oklahoma totally ban non-competes for employees, except under very limited circumstances. Other states have passed laws that restrict or prohibit the use of non-competes for low-wage employees or have other statutory requirements for valid non-compete agreements, including Maine, Maryland, New Hampshire, Oregon, Rhode Island, Massachusetts, and Washington State.