U.S. Citizenship and Immigration Services now requires employers to use a revised version of the I-9 Employment Eligibility Verification Form starting September 18, 2017. 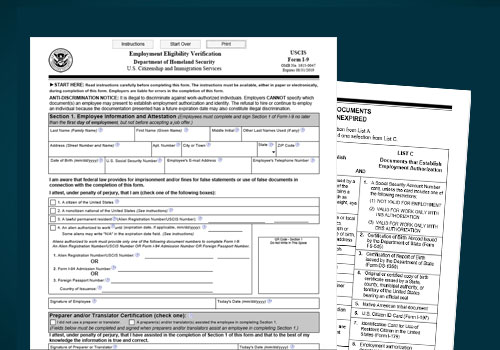 A few changes have been made in the newest version, including:

The English and Spanish versions of the new forms can be found on the USCIS website here. Keep in mind the Spanish version of the form may only be filled out by employers and employees in Puerto Rico.

Employers must use the new revised I-9 Form starting on September 18, 2017. Employers are required to verify the identity of their employees, including U.S. citizens, and complete the Form I-9. Employers should also be aware that discrimination on the basis of citizenship, immigration status, or national origin is prohibited by federal law. To this end, employers must avoid improperly treating groups of applicants differently when completing the Form I-9. For example, employers should not request that some job applicants or new hires provide more documents than are required or require a document with a social security number on it. In addition, employers should not improperly reject documents that reasonably appear genuine. All applicants should be treated uniformly with regard to completing the Form I-9.