The recent defeat of a bill in Virginia demonstrates the challenges employers face if state laws do not clarify the question of when and how joint-employer status will be established in franchise operations. 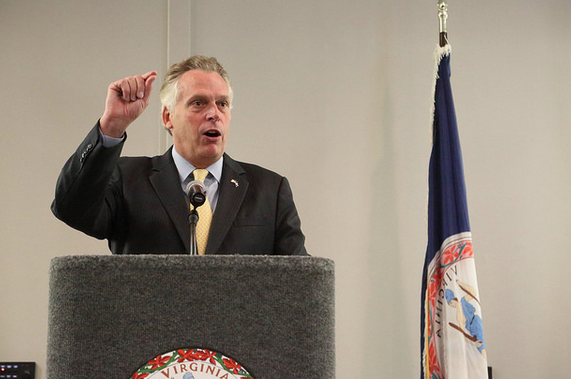 On April 20, the Virginia House of Delegates failed by a single vote to gather the necessary 67 votes to override Gov. Terry McAuliffe’s veto of H.B. 18, an act that would amend § 40.1-2 of the Code of Virginia to state that employees of a franchisee are not employees of the franchisor.

If enacted, the amendment to the Virginia Code would include in the definition of “employee” the following: “neither a franchisee nor a franchisee’s employee shall be deemed to be an employee of the franchisee’s franchisor for any purpose to which this section applies.” The bill was originally passed by a vote of 65-34 in the House and 27-12 in the Senate in February and was vetoed by the Governor on April 8.

The bill comes in response to the NLRB’s Browning-Ferris decision, a controversial August 2015 decision that redefined the standard for joint-employer status. Under the new NLRB standard, a parent company or franchisor will be considered a joint employer if it exercises indirect control over an employee or reserves authority to do so.

Prior to the decision, a company was required to actually control an employee to be a joint employer. Most notably, the NLRB now seeks to apply the new standard against McDonald’s in multiple unfair labor practices complaints in order to hold franchisee employees as joint employees of the franchisor, McDonald’s Corporation.

The shift by the NLRB on joint-employer status is troubling for franchisors and franchisees alike, and threatens the franchising model itself. Franchises allow franchisors to be in the business of selling a brand and business model in exchange for royalties and decreased exposure. Franchisees, on the other hand, rightly view themselves as business owners, bearing considerable risks and hoping to realize a profitable investment.

Prior to the Browning-Ferris decision, the law was capable of recognizing when a franchisor was properly considered a joint-employer through its actual control of an employee, but by loosening the standard, the NLRB has nearly deemed all franchisors employers of franchisee employees.

By blurring the line and shifting liability back to the franchisor, the NLRB threatens the franchising system by taking away one of the main incentives franchisors have for selling their business model, which will ultimately result in franchisees being denied the opportunity to open their own business.