The West Virginia Safer Workplaces Act expands the ability for employers to conduct drug and alcohol testing, but implements stricter procedures and requirements. 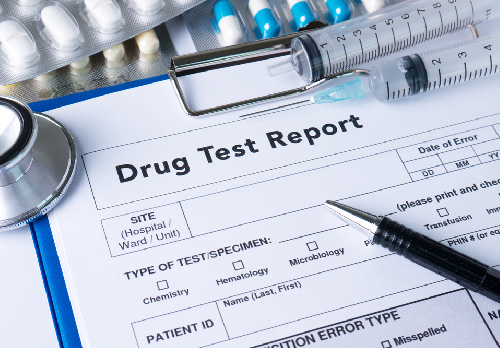 The West Virginia Safer Workplaces Act expands the ability for employers to conduct drug and alcohol testing, but implements stricter procedures and requirements.

The Act is a response by the legislature to clarify the law following two West Virginia Supreme Court decisions. In the first decision, the Court held that employees have a right to privacy, and that drug testing current employees violated public policy except where the employer had a “good faith objective suspicion of an employee’s drug usage or where an employee’s job responsibility involves public safety or the safety of others.” Twigg v. Hercules Corp., 406 S.E.2d 52, 55 (W. Va. 1990). Following that decision, the Court held that the right of privacy does not extend to pre-employment drug testing, but expressed concern over the shrinking of the expectation of privacy by courts as a “slippery slope.” Baughman v. Wal-Mart Stores, Inc., 592 S.E.2d 824, 828 (W. Va. 2003). In sum, West Virginia’s common law permitted drug testing as part of the hiring process, random testing of current employees where it protected the safety of others, or where there was a reasonable suspicion of a current employee’s drug usage.

The West Virginia Safer Workplaces Act declares that it is the public policy of the state to promote the safety of individuals in the workplace by “recognizing the right of West Virginia’s employers to require mandatory drug testing, not only of applicants, but of current employees.” The Act permits employers to require current and prospective employees to submit to drug and alcohol testing. The Act applies to all private employers, regardless of the number of employees, but does not apply to employees covered by miner’s health, safety, and training drug testing statutory scheme, W. Va. Code §22A‐1A‐1, or West Virginia Alcohol and Drug‐Free Workplace Act, W. Va. Code §21‐1D‐1, which controls government contractors. “Drugs” is defined under the Act as any substance considered unlawful for non‐prescribed consumption or use under the federal Controlled Substances Act, 21 U.S.C. §812, and “alcohol” is defined as ethanol, isopropanol, or methanol.

Importantly, in order to conduct testing, the employer must implement a written testing policy. The written policy must state that it is a condition of employment for an employee to refrain from working with the presence of drugs or alcohol in his or her body. The policy must also include information regarding the existence and availability of any counseling, employee assistance, rehabilitation and/or other drug abuse treatment programs the employer offers, although employers are not required by the Act to offer any of these benefits. The written policy must be provided to all employees, and available for review by prospective employees.

The Act does not limit the purpose of the drug testing to situation involving suspicions or public safety, as the common law did. Instead, testing may be conducted for any “legitimate drug abuse prevention and/or treatment purposes,” including:

The Act outlines the procedures required to properly conduct drug and alcohol testing. Samples must be collected under reasonable and sanitary conditions, and any observer of the collection of urine samples must be of the same sex as the tested employee. Testing must occur during, or immediately before or after, a regular work period, and is considered on-the-clock work time. The employer must pay for all actual costs of testing, as well as provide current employees with transportation to testing if not at the employee’s normal work site. The employer may choose the type of sample to be collected. Collected samples must be properly documented, handled, and transported, including labeling to prevent misidentification of tested individual, and handled in accordance with reasonable contamination, chain-of-custody and confidentiality procedures. Tested individuals must be given the opportunity to voluntarily provide information relevant to testing, such as their current prescription medication use or medical information. All communications related to an employee or prospective employee’s test results received through the employer’s drug testing program are confidential communications.

Upon a positive result, a second test to confirm the result must be taken prior to any adverse action against the employee. The confirmatory drug testing (not alcohol testing) must be conducted at an approved laboratory using a different testing method than the initial test. Only upon a confirmed positive drug or alcohol test, or upon the refusal to provide a testing sample, may an employer use a test result or test refusal as a valid basis for disciplinary action, including termination or refusal to hire. Employers are not prohibited, however, from taking disciplinary action related to drugs or alcohol usage by non-testing means.