The WeWork settlement adds to the growing trend of attorneys general investigating employers’ use of non-competes for lower wage and non-managerial employees. 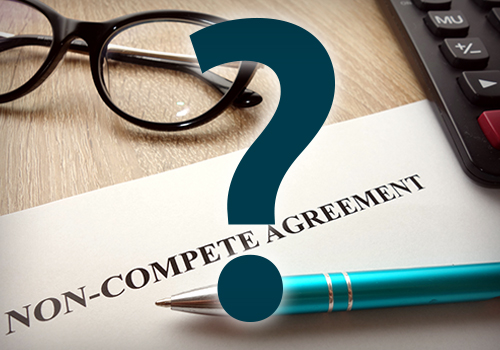 WeWork is a network of shared spaces for rent and offers associated office support services to clients nationally and internationally. Headquartered in New York, WeWork employs over 3,000 employees nationally, and over 2,000 employees in New York. All of WeWork’s New York employees (regardless of position) were required to sign non-compete agreements. Employees who were required to sign non-compete agreements included cleaners, mail associates, executive assistants, and baristas, some of whom were paid as little as $15.00 per hour. Managerial and professional employees, including community leads, community managers, interior designers, architects, and senior software engineers, were also required to sign the same non-compete agreements, which prohibited employees from working for a competitor for 12 months following employment with WeWork, regardless of job duties, knowledge or access to trade secrets or confidential information, or compensation. Following extensive investigation, both the New York and Illinois Attorneys General found these agreement to be overly broad and unenforceable.

Both the New York and Illinois investigations and settlement add to the growing trend of state attorneys general investigating and taking action against the use non-compete agreements and other restrictive agreements on lower-wage and non-managerial employees. Earlier in 2018, the Washington State Attorney General investigated several restaurant chains regarding their use of no-poaching agreements on lower-wage employees. The Washington State investigation resulted in a settlement requiring Burger King, Papa John’s, Denny’s, and five other restaurant chains to eliminate the use of non-poaching agreements by their franchisees.

States’ treatment of non-compete agreements varies widely, but nearly all states that recognize and enforce non-compete agreements require restrictions to be reasonable and not unduly burdensome on an employee seeking to find employment elsewhere. This means that employers may only restrict employees’ ability to seek work after employment ends only to the extent that a restriction protects an employer’s legitimate business interest, such as protection of trade secrets and confidential information or an employer’s goodwill. Any non-compete restriction must be no greater than necessary to protect the legitimate business interests of the employer. As highlighted by the WeWork settlement, employers must consider who will be asked to sign a non-compete agreement, and whether the employer has a legitimate business interest in restricting that employee’s ability to seek work after the employment relationship ends.

The recent New York and Illinois Attorneys General settlement with WeWork highlights the ever-growing need for employers to monitor and curb the over-use of broad non-compete agreements. Employers should review non-compete agreements and other restrictive covenants to ensure they have been drafted only to protect legitimate business interests.

Because state enforcement of non-compete agreements varies widely, employers (especially national employers) should seek counsel to ensure compliance under state and local laws. Employers cannot rely on a single contract or uniform non-compete language to apply and be enforceable against employees located in multiple states.

For New York employers, the New York Attorney General’s office has issued guidance on use of non-compete agreements in New York State.