Home > News & Insights > Insights > Do You Have A Zero Tolerance Workplace Violence Policy? You Should.

Do You Have A Zero Tolerance Workplace Violence Policy? You Should. 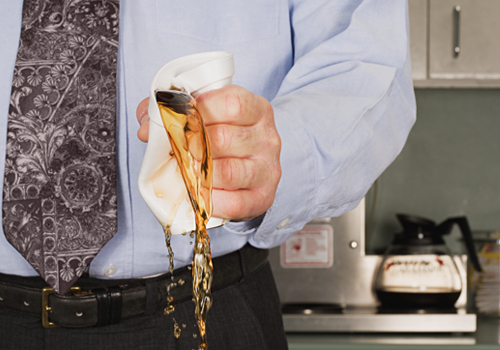 On October 26, 2017, the Western District of Texas issued a decision in Clark v. Southwest Airlines, granting summary judgment for Southwest in an FMLA retaliation case. The employee alleged that he was terminated in retaliation for taking years of intermittent FMLA leave. Southwest argued that the employee was terminated for a threat of workplace violence and was able to show (1) that a complaint was made that the employee made a comment that reasonable could have been construed as a threat; (2) that Southwest immediately initiated a full investigation into the complaint and uncovered additional information supporting the determination that the statement was threatening; and (3) that Southwest had a zero tolerance workplace violence policy that the employee’s statement violated.

The employee subsequently filed suit alleging that he was terminated in retaliation for his use of intermittent FMLA leave. The Court granted Southwest’s motion for summary judgment, finding that Southwest had proffered a legitimate, non-retaliatory reason for the employee’s termination (The Court also noted that Southwest’s undisputed record of approving the employee’s FMLA leave for years before his termination counsels against a finding of pretext.) The Court specifically noted that:

In his deposition, [the employee] testified that he had been aware of Southwest’s workplace violence policy and had received training on it. He also said he had understood that it was a “zero tolerance” policy, conceding that there was “no room” “to have any sort of excuse for that.” He further admitted that he had been aware that making a threat violated the policy. [The employee] also agreed that, if he had made it, his comment about bringing in a shotgun would have violated the policy and would have been grounds for termination.

This case is a reminder of the importance of maintaining comprehensive and up to date employee handbooks and policies, including but not limited to policies that address prohibited acts, like unethical behavior, harassment, discrimination, and, in this case, workplace violence. Having clear and concise policies and consistently enforcing those policies indicates to employees that inappropriate behavior is not tolerated and an employer is always in a better position to defend against allegations of discrimination or retaliation if it can point to a specific policy that a terminated employee violated. (And in some cases, like defending against sexual harassment allegations, courts specifically look at whether the employer has a clear policy prohibiting the behavior.)

Southwest got it right here. As soon as the complaint was made, it investigated, gave the employee an opportunity to respond, and then terminated him for violating a zero tolerance policy. It also followed the book on FMLA leave—-the employee admitted he had never been denied leave, even when he had used up his allotted days for a particular month—-which bolstered its defense against retaliation for taking the same leave it approved.

For further information on firearms at work in Texas, see our prior post here.

For further information on managing employees with mental illness, including those who threaten violence, see our prior post here.